Written By Smith Chiropractic on January 6, 2021 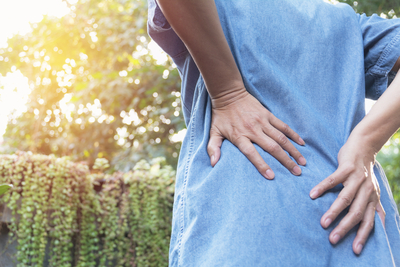 Back pain is considered one of the most common ailments that bring new patients into chiropractors. This pain can result from several issues; however, it is mostly attributed to musculoskeletal irregularities and injuries such as herniated discs.

Research shows that approximately 5 to 20 cases per 1000 adults seek out herniated disc treatments such as spinal decompression. Many of those treatments are provided by chiropractors as more patients are looking for alternative treatment methods to avoid the use of potentially harmful prescription medications.

What are Herniated Discs?

Your spine is made up of a combination of boney vertebrae and soft, jelly-like discs in between each vertebra. These discs act as shock absorbers between each of your vertebrae. They also help protect the nerves running down the middle of the spinal column.

Whether due to spinal misalignment or trauma to the area, the spine's discs can slip out of place. This is called a herniated disc, and while some people have mild to no symptoms, many often feel symptoms such as:

These symptoms are due to the compression of the surrounding nerves that can result from a herniated disc's pressure.

The good news for patients is that there are several non-invasive treatment methods for herniated discs, including various spinal decompression methods.

One of the most common spinal decompression treatment methods is using a traction table that helps to stretch the spine, allowing the joints to decompress. This decompression causes a vacuum, which allows the herniated discs to return to their natural positioning.

Another method commonly used by chiropractors is the McKenzie method. This method uses exercise, stretching, and various breathing methods to help reposition your displaced intervertebral discs back to their natural positioning.

While back pain may be a common occurrence, it should never be considered "normal." If you believe you may be suffering from a herniated disc or require spinal decompression treatment, then the team at Smith Chiropractic is here to help.

If you're suffering from herniated discs and interested in learning more about spinal decompression, then contact us today to schedule an appointment or call our office at 719-390-5404.

Why Us
Your First Visit
Meet The Doctor